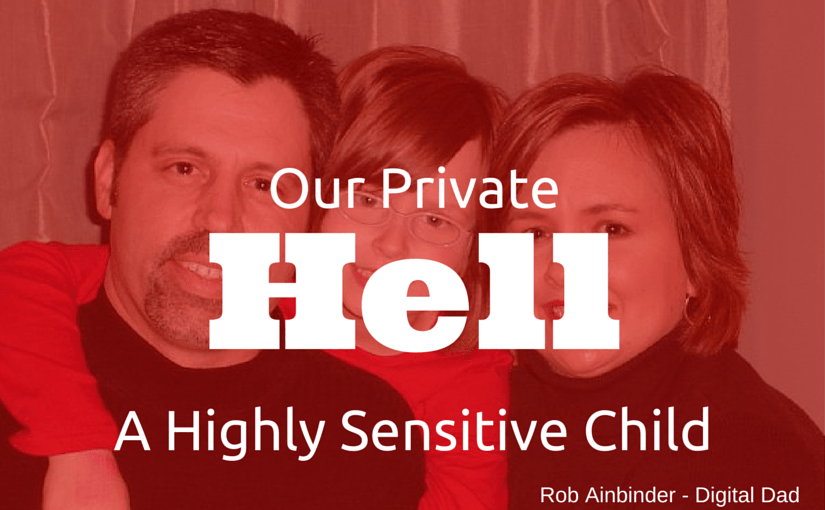 I remember it as one of the roughest patches we went through as a family. Our daughter was between four and five years old. My wife was home with our daughter during the day. I handled the evening duties while she worked at a grocery store. Daily living was a real, big, hairy, task. Each day, our daughter would remove and change her clothes four and five times before we could leave for the day. Even if she picked clothes out herself the night before. She had to change multiple times before we could leave.  This was not some teenager, this was a toddler in pre-school. On the surface she appeared to be acting like some primadonna.

What it was for us was torture, our own personal, private Hell. An unrelenting, daily, repeating torture. As this continued, we noticed a few things. She hated socks for their seams. Yes, the seams. She could “feel” them. And manufacturer’s tags in shirts, dresses, sweatshirts? Forget it! Those had to be cut out or, she had a literal Defcon-like meltdown. This was due to what she repeatedly called “scratchiness” or, said in the most anger inducing, whiny tone, “it’s scratchyyy”.

The other thing we realized is that if we announced a spur of the moment trip to get ice cream or, go to the playground. It also induced a meltdown.

Barely any of this behavior emerged that readily in the “outside” world beyond our front door. When we realized this, it was even more agony inducing. She could share it with us, not the world. On the one hand, we were grateful she could express it in the safety of our home. On the other hand, why deny the world all of this?

None of this made a bit of sense to us. We’d never heard of anyone’s child with this type of problem. We checked with our Moms, our friends. all had no idea or, said that this would pass.

RELATED  Enjoying the Everyday with an Expiration Date

The velocity of our daughter’s complaints were heart-wrenching at first. As they increased more, my Wife was quickly approaching an utter mental breakdown. A breakdown which I had never experienced coming from her in our life together. And her stress was my stress. My only saving grace was that she bore the brunt of it in her day to day running of the house and caring for our child. We wanted our life arranged this way but, the emotional cost was starting to run very, very deep.

In the aftermath of the day, or after a bout with the “scratchies” were many questions, aside from our sanity. What is wrong with us? What is wrong with our child? Did we do something wrong? Why is she like this? So many questions and so few answers. We were literally going crazy trying to help our child. And, to add insult to injury, we were totally clueless. Totally clueless.

In desperation, I turned to the answer engine, the site that promised to capture the world’s knowledge, the almighty Google. I don’t remember exactly what search did it, but when I found it, we got a mixed bag of relief and new learning.

We took a quiz and had confirmation that our daughter was most likely a highly sensitive person (HSP). At it’s essence this trait “is no illness or syndrome. Nor is it something new … or “just discovered.” It is an inborn temperament or style that is found in about twenty percent of children and of nearly all animals”

“It represents a strategy of taking everything into account before acting. The trait serves an important purpose for the individual sensitive person …for example, sensitive persons sense danger and see the consequences of an action before others do.”

RELATED  My Teenage Daughter is Not Dating

“psychologists and parents tend to see only one aspect of some sensitive children and call this trait shyness, inhibitedness, fearfulness, fussiness, or “hyper” sensitivity”

With this quiz under our belts, we ordered the book “The Highly Sensitive Child”

This was in the days before Amazon Prime, and the book took it’s sweet time getting to us. When it arrived, my wife was the first one to read it. And as she read it, she began to understand why.

We talked about it every night. About what she read, what it meant and what we might do. When she was done, I read the book.

The book was a lot of information. Some of it wasn’t applicable. But, most of it was very useful and helpful. We finally found something that explained the way our daughter experienced the world with this trait. According to the book, our daughter’s brain is wired just a bit more intensely than ours. She feels things much more intensely. This was proven for us in previous experiences like bumps, bruises and scrapes of childhood that led her down a road of expressing intense, near death pain.

In the end, we made the following changes:

In the end we came to an understanding that relieved a lot of the hell we were going through. We reached a purgatory of sorts. 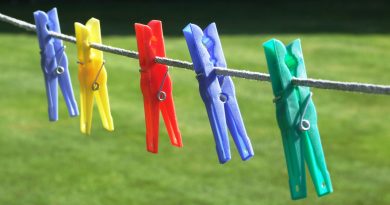 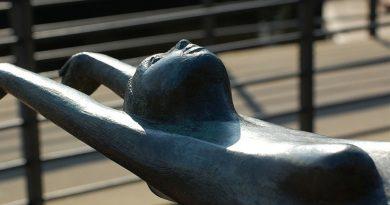