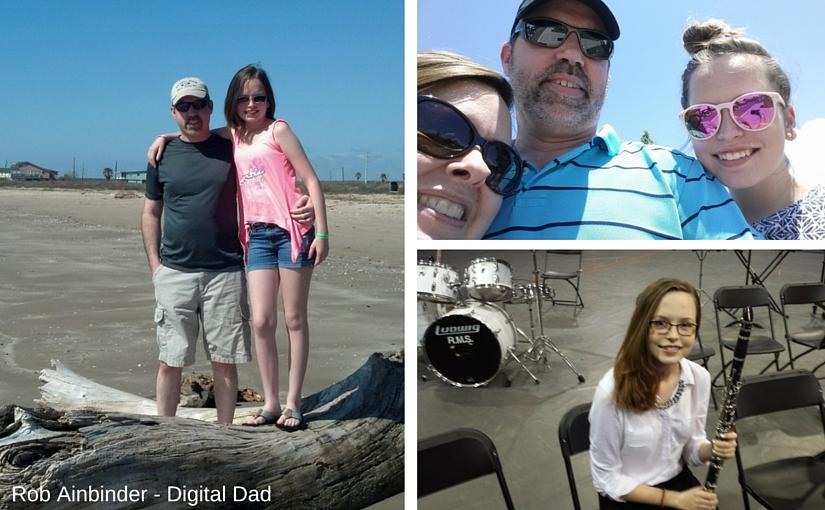 I am not a perfect dad. I will be the first to admit that (and I’m sure my daughter and wife would heartily agree). As a dad it was never perfect that I sought to be. It was being a Dad. Warts and all, just a Dad.

Why would I want to take on that almost seemingly thankless job of Dad/Father? To answer that question we have to time travel a bit (backwards) in my life. Much of this time travel was pieced together from shards of my own memories and combined with experiences shared with me by family members.

When I was five or, six my parents got a divorce and they headed their separate ways. Depending on who you talk to there were more than a few reasons why they split. The upshot of this split was that Mom stayed close to where we lived as a former “nuclear family“. Dad moved about forty-five miles south. As it turns out, Mom would have to hustle a full-time job, manage the household and figure our who would watch my brother and I until she made it home from the city during the week. There was clearly a lot on her plate. The reality of our post-divorce family was two-fold. Mom had to hustle for a full-time job that didn’t happen immediately. While she hustled there was some aid provided in the form of food stamps and other support from family members.

With the finalized divorce came a hammered out agreement. Child support for the kids, visitation for Dad and some other agreed to terms.

Two of the reasons I became a Dad are embedded in this divorce. First, visitation. Visitation was nothing I knew about as a kid, it was something experienced. All I knew was that Dad wasn’t around anymore. The only thing I actually experienced: actual visitations were sparse.

Second, with both parents working far away from home, there are few memories that either parent attended school functions, award ceremonies, plays, or other intermittent milestones in my young life. I know that was nothing I could change, they both had jobs and both had an economic need to earn income. But, I didn’t know that right away. It was something I learned over time. It bothered me way, down, deep. And it was something that would profoundly impact me later, in my adult life.

Ultimately, this experience drove me, in part, to want to be a Dad. I remember vividly setting out the first few chapters of my life while in my 20’s. My goals involved what I consider the usual career, financial and family aspirations. In particular, I wanted to be married and have a family. As anyone will tell you, goals only work with a deadline. And in my early 20’s, I set a future date of “my 30’s”. In addition, I wanted to be able to be involved in my child’s life. To somehow shape the future of a child by having the participatory parents that I couldn’t have. In essence, to right this perceived inequity.

Was I out of my mind? Who in their early 20’s sets out on this kind of path? Was I insane? Quite possibly. But, I wouldn’t have my sanity tested for at least a few more years. My goals were set and I went about doing what most 20-somethings do. Going out, meeting, dating, enjoying (mostly) the single life.

Funny little thing about goals is they tend to propel you in the direction you intend. As I entered my late 20’s and early 30’s I met and married my wife. After we had our child, she wanted to stay at home. To allow me to be involved as much as possible, I took jobs that weren’t far from home. Another way we made this work was modest housing and, for my wife, a part-time job at the local grocery store. This worked for us. I was able to attend some of the school programs of our daughter. My wife was heavily involved at school, to point of doing some volunteer work for an art program in school.

As our daughter grew up, we found ways to attend school programs, award ceremonies, volunteer for Girl Scouts and other activities.

So, what’s the upshot of this? Was it mission accomplished? Did we become the participatory parents I always wanted? I asked my daughter recently, and it seems we did accomplish the mission. She sees all of participation as normal. What surprised and pleased down to my core was that she knows nothing else. She knows nothing of the reality that I knew. She knows we were there celebrating many of her accomplishments with her. To me that’s one of the best things of all. And, as bonus, I get to do the job I always wanted – to be a Dad. 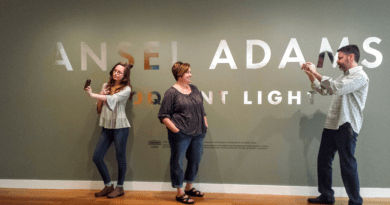 Almost Kings for a Day : My Run In with the Crue

7 thoughts on “Becoming The (Imperfect) Parent I Always Wanted”