Final Update 11/8/10: “I just want to thank everyone who forwarded this link and everyone who donated! We have had four treatments so far, and i really think it is helping! Our final total for the 15 day challenge is a whopping $1410!!! I’m humbled by the support from family, friends and strangers. Please continue to keep up in your thoughts and prayers as we continue to try and help this amazing child achieve his full potential! ♥ Nicole”
Full disclosure: Jackson’s mother Nicole is my Cousin-In-Law.

Jackson is a wonderful 11-year-old boy who has suffered through more challenges in his young life than most adults have had to endure.  At age 5, one month after he started kindergarten, he was diagnosed with cancer.  The diagnosis was undifferentiated sarcoma, a soft tissue tumor in his leg.  He underwent 13 chemo treatments and 6 weeks of radiation over the course of a year. 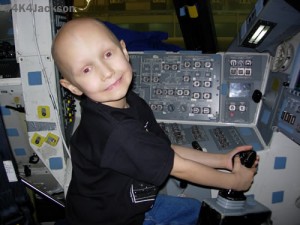 As a result of the chemotherapy, Jackson had low immunity levels and could not attend kindergarten.  The school kindly provided a homeschool teacher for that year, and I was proud to see that the teachers and staff felt Jackson was bright enough enter 1st grade on schedule.  In hindsight, however, Jackson may have needed that first year of class participation with his peers.  This would have helped him to fully develop the interpersonal skills necessary for the school environment.

Jackson was dealt another crushing blow at the age of 7, when he was diagnosed with ADHD.  This disorder, in his case, is very severe.  While he is so sweet and charming, he still struggles to integrate with his classmates, suffering from frequent outbursts of all sorts.  It is difficult for Jackson to remain in his seat, to not call out in class, and as a result, he is constantly getting into trouble.  This singles him out further, widening the gap between him and his classmates, due to the disruptions.

Jackson attended therapy and took multiple different medications, which caused him to have severe tics resembling seizures.  As his mother, I read up on his disorder in books and Web sites, as well as sought out medical advisors.  I engaged in the recommended behavior modification techniques, such as reward systems, even enrolling him in karate class for positive discipline education.  In spite of these continued efforts made by Jackson and myself, it seems that things are only becoming more difficult for him with each passing day.  It breaks my heart that my son cannot just be a kid and enjoy his childhood and classmates.  It is so hard to see him not like himself, to feel like he is a bad kid, when he is really not! 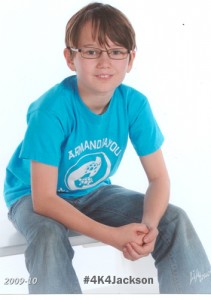 A colleague of mine recommended a treatment plan called biomedical feedback therapy, which sounds very promising.  Simply put, it is a way to retrain the brain with several sessions.  Many reputable national organizations of neurology and child psychiatry recognize Biomedical feedback therapy as an effective treatment for ADHD.  The results boast an 80-90% success rate, which appears to be permanent.  Unfortunately, the treatment is very expensive and not covered by insurance.  The estimated cost is approximately $4,000 for the course of about 30 weeks.

On the bright side: Jackson has been cancer-free for just over 4 years.

I am reaching out to my community on behalf of my son Jackson.  Please help me enable him to conquer his battle with ADHD and reclaim the childhood that every child deserves.  Thank you.

As Nicole emails me updates, I will add them below.

The Power & Art of the Thank You

Links for the Small Business SEO Class at RCC

Blogs are to Documentaries as Tweets are to 30 second commercials